A definitive opportunity for POW/MIA Family Members to share their experiences as they try to get answers regarding the fate of their missing relatives.

Do you have a story to share with the POW Warrior?

Feel free to e-mail your stories, letters, pictures and thoughts to PowWarrior@gmail.com. Your information will be reviewed and we will coordinate with you on how you would like your story presented on the site. The DoD has done all they could to keep your stories from the public, well, not anymore.

Quotes from the POW/MIA Issue

"It appears that the entire issue is being manipulated by unscrupulous people in the Government, or associated with the Government. Some are using the issue for personal or political advantage and others use it as a forum to perform and feel important, or worse. The sad fact, however, is that this issue is being controlled and a cover-up may be in progress. The entire charade does not appear to be an honest effort, and may never have been." Resignation Letter of Col. Millard A. Peck, Chief of the Special Office for POW-MIA 12 February, 1991

If you would like to automatically be emailed when we post a new article, simply email us at PowWarrior@gmail.com and we will add you to our emailing list. (All email address will be kept confidential). 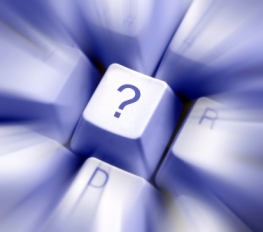 We are sure many of you have noticed that the article we had published late last night was taken down early this morning.  The reason for it was simple, there is something hinky going on and because we are always very conscientious of the truth, we wanted to take a step back and try to make sense out of the chaos.  We still haven’t quite figured it all out but we felt we at least owed you an explanation.

To review the details of some of our earlier posts, present League board member Susie Stephens- Harvey had deceived the people of her community as well as League members claiming to be the sister of Army Staff Sergeant Stephen Geist who went missing in September of 1967.  In reality, Susie, who has been married at least three times, was first married to Stephen Geist’s brother Jeffery.  According to vital statistic records, their divorce was finalized in 1999.  At that point, Susie was no longer a legal family member to Stephen Geist.  Yet, Susie continued on with the charade of claiming to be SSG Geist’s sister, including doing regular interviews with local reporters telling tales of when her ‘brother’ left for Vietnam and how she found out he had gone missing.  (See details here)

In direct violation of League Bylaws, when Ann Mills-Griffiths, now Chairman of the Board of Directors of the League, was made aware of Susie’s actual status in the Geist case, she maintained that Susie could continue as a voting member and League Board member because, “The dissolution of their marriage did not result in Susie’s being disqualified as a voting League family member, nor has it since.”  Well, regardless of Ann’s statement, Susie Geist-Ragan-Stephens-Harvey is illegally sitting on the Board of Directors of the National League of Families.

The next question pertains to how Susie’s illegal status as a family member per League Bylaws affects her present husband, Allen Harvey’s status with the League.  Interestingly enough, once the POW Warrior blog made the POW/MIA Community aware of Susie’s illegal status, while Susie’s status as a voting member and Board member did not change.  Her husband Allen’s membership was downgraded to Associate Member we have been told.  Why wasn’t Susie’s?  Why wasn’t she removed from the Board?  Once again, AM-G is disregarding and circumventing League Bylaws to suit her own personal agenda.

In the fall of last year we put in a FOIA request for the military records for Allen Harvey to see if his story held up in light of Susie’s interesting past.  What we found was a bit less murky but still unclear.

It would appear that in a city of some 136,000 people, there are not only two Allen Harvey’s but each of them is married to a woman named Susan and each of these ladies go by the nickname “Susie” and that nickname is spelt the same way as well.  The coincidences do not end there.  Both couples appear to be in the same general age group, lived in the same neighborhoods, and at some point even on the same street but not necessarily at the same time.

The age we had for Allen Harvey was far too young to have served in Vietnam so we decided to look into it. When we initially sent in our FOIA request, the only Allen Harvey that we could find with a wife by the name of Susan at the same address was an Allen D. Harvey.  Additionally, they were the only Susan and Allen Harvey in Savannah who were listed as owning a home together in the Chatham County, Georgia Assessor’s Office database.

When we received the reply to the FOIA, it stated that there was not an Allen D. Harvey matching that address and other vital statistics that served in the Armed Forces.  When those results came back we did some more digging and the odd possibility that there were two Allen and Susan Harveys living in Savannah, Georgia presented itself.

Looking back, an article from 2008 listed Allen’s middle initial as “B” so we concluded that B and D could easily enough be mixed up so we sent another request in for records. We will know more in four to six weeks.

Recently we contacted the Vietnam Veterans of America, which Allen belongs to, to get their reaction to what we had found and surprisingly one of their officers in Georgia informed us that Allen’s middle initial wasn’t B or D but E.  Now if you access any of the people search engines that are online (we prefer zabasearch.com), you will find that the only Allen E. Harvey in Georgia is listed as not being in Savannah and with an age of 55 – too young to have served during Vietnam.

As Alice said in Alice in Wonderland, “Curiouser and curiouser.”

We would like to encourage readers to go to the various people search sites and see for themselves the wide array of  Allen and Susan Harveys in Savannah, Georgia and Georgia in general.  One thing that did come to light as we expanded our search was that the residence that Susie has listed with the League is still under the name “Susan Stephens,” the name she used prior to marrying Allen.  This would explain why we only found one Allen and Susan Harvey in the real property records for their county – She never changed it over to her married name and Allen was never added to the deed.

It is our hope that Allen’s military records can be cleared up and we can confirm his military service.  While we prefer to deal in facts alone, in this case we have a gut feeling about Susie’s husband Allen.  As we shared in email correspondence with the VVA, it did occur to us at one point that Allen might have not been aware of his wife’s true lineage with regard to her connection to the Stephen Geist case.  We personally found it hard to believe that a Marine would knowingly go along with Susie’s charade as the sister of a MIA.

It is quite possible that Allen had been kept in the dark as much as we were.  If that is the case, Susie has left quite a wake in her path.